Why I’m Voting Against My Self Interest 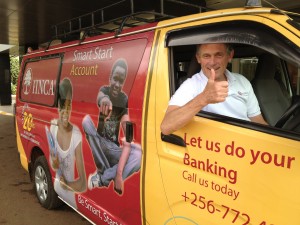 I’m going to pull the lever for Obama on Tuesday, knowing that, even as I do, I am effectively triggering an electronic transfer from my bank account to the U.S. Treasury. Just as surely as Romney’s first act as President would be to push through a huge tax cut that would mean more billions for billionaires and the rest of us in the top 10%, and pennies in relief for the Middle Classs, Obama’s will be to raise taxes on families like mine who earn more than $250,000 per year.

Why would I do such a thing? Am I mad?

Romney says he will create 12 million new jobs. I believe him. The problem is, you will have to commute to Shanghai to take advantage of them. And they will pay $2 a day.

Okay, that was cute. But what Romney doesn’t tell us is WHAT kinds of jobs he will create, and HOW he will create them. That’s because he doesn’t know. But if they are the kinds of jobs he created at Bain, they will be minimum wage jobs in retail, the kind that can’t be shipped overseas. They will not be the kinds of jobs Americans want, that pay a living wage. Those jobs — regardless of who is in office — are increasingly hard to find, and to create. That is because the global labor market has undergone a huge structural change over the past two decades, a change that the ocean of borrowing American consumers engaged in during that same period kept hidden until now.

What will Obama do? He says he will invest more in education, and government-funded R & D. At the same time, he says he will begin cutting the deficit, but not in a way that plunges the U.S. back into recession. While not easy, I think this is the right approach.

Romney and Ryan, for certain, will not make that investment. They will do what Republicans always do when confronted with a fiscal deficit: they will cut investment in the poor and middle class. They will make sure the wealthy contribute nothing to deficit reduction. This approach will probably push the U.S. into a second recession, just as it has crippled Europe’s recovery.

If Obama is re-elected, the recovery will continue, but at the same, slow pace. But if Obama is a tortoise, Romney is a hare who will run in the wrong direction. Romney wants us to believe he can take us back to the America of the 50s, to a time when America ruled the world and everyone in the middle class could look forward to living better than their parents. He doesn’t say how. If he has a plan — which I doubt — it’s not one he’s willing share, just like with his taxes.

I’m going with the Devil We Know on this one.