Why I’m Voting Against My Self Interest II 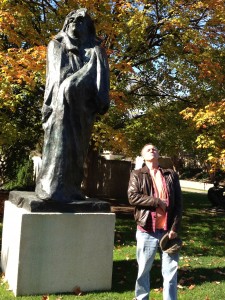 While neither Obama nor Romney has been forthcoming about what they will do at the Helm of the Nation if (re)elected, one thing they are pretty clear is how they view the role of Government. Obama is for it, and Romney against. Having spent my entire career working in countries where central governments are weak, Rule of Law is weaker and public services are underfunded because everyone cheats on his taxes, I am convinced that these differing views of the role of government are the main reason for the economic and social gulf between the developed and developing worlds. While I don’t believe Romney is as extreme in his views on this as some of the fools he panders to (Limbaugh, Hannity, etc), we have to take him at his word that he believes America is on the whole over regulated and the Private Sector unduly fettered by financial, environmental, labor-related and other regulations.

To which I ask: compared to what? One thing I appreciate about Obama is the fact that, unlike Romney, he has actually lived in a developing country (Indonesia) and, through his Kenyan father’s sad life story, has experienced life in countries with broken legal systems and governments that exist to benefit the elites versus a nation which, at least on paper, aspires to provide each and every one of its citizens with ‘Life, Liberty, and the Pursuit of Happiness’.

Which are three things that, despite Romney’s naïve conviction, actually don’t occur spontaneously in a legal and regulatory void.

Then there is the question of the role of government as an enabler of business. Romney thinks this never happens – except in the case of the Defense Industry where, oddly, he equates the volume of spending with the quality of our Defense – something he never does in the social sphere. Obama, on the other hand, believes there is a positive role government can play as a partner to business, by making investments in things like clean energy deemed too risky by private equity, and by making higher education more accessible to people too poor to finance their own college degrees. While the former policy can lead to spectacular failures — Solyndra – people I know in this space point to a significant increase in the uptake of clean, renewable energy during Obama’s first four years, a trend which, if it continues, could eventually wean us off of our destructive fossil fuel dependency, and maybe, even maybe, obviate the need to redraw our coastlines and build our vacation homes on higher ground.

Time to trundle down to cast my vote for our 44th President, hoping there will not (this time) be a number 45.