Welcome to my new blog 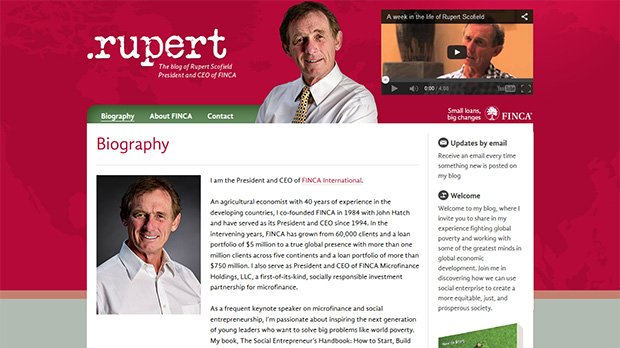 It was almost three years ago that, at the encouragement of my publicist at McGraw-Hill, I first ventured forth into the blogosphere. After a few weeks of wrestling with the technology, and with the help of me mate Filip Matous, a Canadian launching a social media start up in London, I started banging out what I called “Websayitos” (I hated the word blog, and thought a marriage of the Spanish for “small essay” sounded better) at the rate of several a week. I found that I really enjoyed this new medium, especially since I was in between writing projects, having just finished “The Social Entrepreneur’s Handbook: How to Start, Build and Run a Business that Improves the World”, and in need of an outlet for the contents of my perpetually restless brain. I wrote about whatever I wanted, using my website some days as my own personal Op Ed column to weigh in on issues like gun control, Washington politics, etc. and at others times talking about microfinance and social entrepreneurship.

As I got involved in other writing projects, those and my day job at FINCA reduced my output to about one websayito a week. I’m told this is actually not a bad strategy as anything more tends to be perceived as crowding people’s inboxes.

Websites are like living rooms, and every so often you need to refurnish. At least this is what my wife tells me. So what do you think of the new look?

I also have some nifty videos we shot in Edinburgh and and Tajikistan.