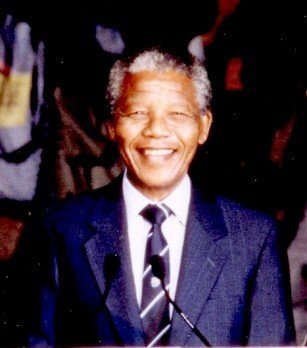 In a class of his own

Mandela belonged to a club with few members: those willing to sacrifice everything for a cause, to the point where the prerogatives of their own lives vanish into something even their worst enemies respect. Mandela’s mission was the achievement of democracy in South Africa. While other world leaders nibbled at the margins of that goal, subordinating it to more practical concerns like “constructive engagement”, it was Mandela who, in the end, brought apartheid down.

Years later, after apartheid had fallen, FINCA tried to establish a program there. We failed, ultimately, unable to operate in a climate where reparations were demanded of all sectors of the society, and no one repaid our loans. Security was a problem as well. One day a group of men posing as customers walked into our fifth floor office in downtown Durban and put a gun to our Managing Director’s head, demanding that he clean out the safe. He was working on his computer at the time and asked permission to save his work. I hope, one day, we can go back.

I never met Mandela, but what impressed me most about his life were those moments when he could have walked his career back to something more practical, which everyone would have understood and no one would have criticized, but which would have sapped away the moral authority that enabled him to make so profound a difference to the fate of millions of people.

The first was when he was in that courtroom in Pretoria, charged with sabotage and facing the death penalty. Against the advice of his attorneys, he admitted to his crime, defending his actions by saying that he had exhausted all peaceful means of protest against an unjust regime and its policy of repression against his people. He then told the court that he hoped he would live to see true democracy in South Africa, but, if necessary, he would sacrifice his life to further that cause. The judge, who must have sensed his own immortal soul at stake, sentenced Mandela to life in prison instead of hanging.

During his 27 years in prison, Mandela repeatedly refused to renounce violence, even in return for his freedom, electing instead to remain a symbol of resistance. It is said his guards wept when he was released. He then did what would have been impossible for one of less moral authority: he healed the nation’s wounds, and brought the people together. He leaves a towering legacy, both to his country and to the world.