Trying to Keep Up with Myself 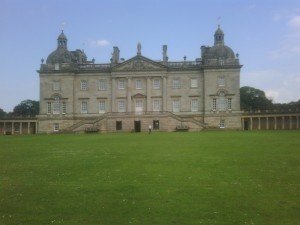 Guess where I spent the weekend, Kim?

I had thought, with Kim pinned down in the Minnesota Outback, swatting mosquitoes and dodging Muskies (a large, inedible pike-like fish that inhabits the lakes of Northern Minnesota and Wisconsin, and which has been known to snatch the odd low flying goose out of midair — and, no, I’m not comparing Kim diving into Lake Minnetonka to a goose, stop that!), this would be the ideal time for me to steal the march on her and begin to close the TFG (Tweet Follower Gap).

Alas, what I have begun to realize is that when the person you are competing against essentially does nothing all day, except for working on a Reality Show which involves filming herself doing nothing all day, vs. my lot, which involves running a global company with 7,000 employees and 850,000 clients, the odds are stacked against me.

But I will persevere! My hypothesis is simple: Given time, people will come to realize that my life is CTM — Cooler Than Kim’s. Plus, get this: while my Followers skyrocketed over the weekend by whopping 7% (from 55 to 59), Kim’s increase was barely 1%, or a mere 80,279 new accolytes. Hah! Take that Ms Popularity!

Runners take your mark. The Great Race has begun!