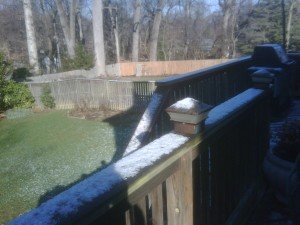 First Snowfall of the New Year

Before we get too deep into the New Year, let’s see what Rupert has learned last year about Social Networking and the challenges of marketing a book in the Age of Digital Literacy.

First, Social Networking. Considering that I started from zero, and with the full weight of generational fear upon me, I actually feel pretty good about what I’ve learned, and where I am today. Twitter was the big surprise. Contrary to it’s image as an outlet for those without a life and suffering from ADD, it’s actually a far better and faster way (my opinion)to connect with like-minded people than Facebook or Linkedin. And while my foolish Twitter Follower challenge to Kim played out in a crushing defeat (12.5 million to 198 at present), it did produce a collateral gain of 70 new Followers when a facetious tweet I sent to Kristoff after my daughter’s wedding was retweeted to telling effect.

As to the book, the main Lesson Learned is that, in this age of attenuated attention spans, the real work begins AFTER you finish the writing and editing process. Promotion is everything, and, given the expected news that in 2011 more than half of all adult hardcover books sold were digital (source: Author’s Guild), this means social networking. That is, if it ain’t on-line, no one under 50 is going to read it. As far as bookstores go, one seller told me that going to in-person talks by authors “is the only way we sell books now”. Here I must make an embarrassing confession: I really did expect after my book came out in April that I would walk into Barnes & Nobles in Bethesda and see a green pyramid of “The Social Entrepreneur’s Handbook” towering skyward on the first table. Reality: after one week of getting a “face forward” display on the business bookshelf, it joined the legions of other “spineys” bleating pathetically for attention: ‘Hey, buy me, buy me! No, not that one, buy me!”

The good news is, the promotion — or something — is working, and SEH has stayed in the top 100 books on Non-Profit Management, Starting a Business (UK) or Ethics over the past several months. What that means in sales we won’t know until the end of March when I get the Royalty report. Bon chance!