The NRA Sticks to it’s Guns 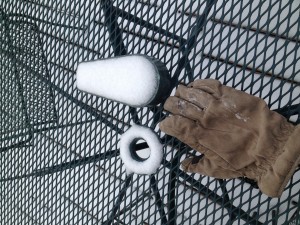 I awoke this morning with a stink bug crawling over my face and, through no direct association, decided to launch today my annual grapple with the Exchequer. Even a lifelong Liberal such as myself can’t help but be dismayed not just at the huge amount of dough we have to fork over to the IRS each year (I basically work from January through May to support the government) but also how little we have to say about how its spent. Did I say little? Correction: no say.

In my epic unpublished novel “Ronnie’s Greenhouse” I conjured a world in which all government spending had to be fundraised from a tight fisted citizenry. You want to invade a country in the Middle East? Show us the budget and solicit voluntary contributions. And instead of our hard earned money going to faceless entitlement programs, give us the names of the retirees we are supporting — so they can send us thank you letters. I plan on running on this platform in 2016 so get out your checkbooks.

I returned from Afghanistan and Pakistan last week to a country even more awash in Glocks, Bushmasters and Rugers. According to the NRA, this should make me feel safer. There was, of course, another shooting, this time on the Lone Star college campus in Houston where a 20-something opened up on someone with whom he disagreed. Anderson Cooper had two people on CNN to debate the merits of allowing college students over 21 to carry concealed weapons. The pro-gun advocate — I think he was a politician — seemed absolutely gleeful that this shooting had occured as he saw it as free promotion for his position: that had all the students in the vicinity been packing they would have immediately opened up on the perp and blown his head off.

So how, exactly, would that work? Would there be a ‘Dueling List’ the students who had arguments with each other could sign up to, and then square off on the common each day at High Noon? Would all classes be taught with the professors behind bullet proof glass in case some student thought he should have received an “A” instead of a “B minus”?

The thing is, there is something called “The Element of Surprise” which is always in the shooter’s favor, and depending on how much ammo he’s packing and what kind of gun, probably will give him a window of time to take out a few dozen people even before people packing realize what is happening. Nor am I convinced by the ‘guns as a deterrent’ argument. Many of these perpetrators put the barrel in their own mouth and the end of the spree and pull the trigger. They never planned to walk out of there alive.

It’s cold as a blast freezer in Washington today. But I think I’ll take a walk anyway, just to clear my head. After I do my taxes, of course.