The High Price of Freedom 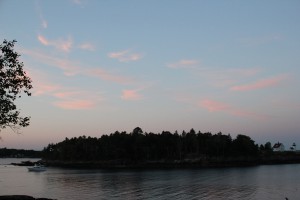 Curious as to the NRA’s take on the Colorado massacre, I called up the President of our local NRA chapter, Buck Schott.

I asked what role the AR-15 assault rifle with a 100 round drum may have played in the murder of a dozen people.

“Look, Rupert, if some wacko is going to kill people, he’s going to figure out how to do it. He could use his bare hands, you know what I mean?”

I pointed out that if he used his bare hands, he would have to convince the people in the theatre to sit still while he strangled them, one by one, to death. Whereas if he had a once-banned assault rifle whose original purpose was to arm our troops against other enemy soldiers, he could kill 1,000 times more efficiently. So shouldn’t there be some limit on what kind of weapons we sell legally to lunatics, and how much ammo they can purchase?

“That would be restricting our freedom, Rupert,” Schott answered testily. “Are you saying you’re against freedom?”

“Of course not. And I’m not against your “Ring of Freedom” as a fundraising mechanism, where you take money from gun manufacturers. I just wonder if the people in that cinema didn’t have some rights as well.”

“Such as?” Schott asked.

“Such as the right to the pursuit of happiness, and the right not to be shot and killed or wounded while going to the movies.”

“I could easily argue the other side of that one,” said Schott, as if he were giving me a pass. “Let’s just say, Rupert, that all our freedoms carry a price tag, both in times of war and peace.”

So in effect, I said, the NRA believes that to protect our freedom, a certain number of civilians need to die each year at the hands of gun-wielding lunatics?

I asked if he had time for one more question. “Shoot,” said Schott.

“If the NRA adamantly opposes any controls on the sales of high powered automatic weapons and ammo, what should I, as a concerned parent, do? Tell my kids they can’t go to the movies anymore?”

“Of course not, Rupert. The answer — which I should have thought obvious – is to equip them with AR-15s of their own. In fact, you’ve given me a great idea, Rupert, for our next campaign: lower the legal age for owning an assault rifle to 5 years old.”