Report from the UnConference 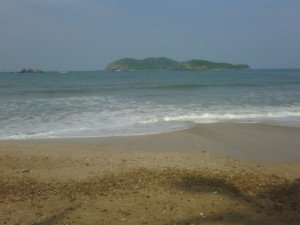 It’s Day Three of Opportunity Collaboration, and I can already say it’s working for me. I’ve met a lot of people doing fascinating, creative, good things, and you would be forgiven for thinking that maybe we are on the verge of a major restructuring of the Global Economy, but this time not something crafted by an elite group of economists and politicians from the upper strata of society meeting in their redoubts in Bretton Woods or Davos, but from the people who have been working at the very bottom. Couple this with CNN’s scenes from the streets of Athens, where half the work force is on strike this morning against the austerity measures imposed by the ‘troika’ of creditor nations, and there is a distinct feeling that, this time, the poor and middle class aren’t going to pick up the tab for the transgressions of the sharpies and speculators who periodically puff wind into financial bubbles and then gleefully pop them, laughing all the way to the bank.

I know, it’s not that simple. But neither is change. When vast numbers of people who used to live pretty well suddenly do not, and when others who never lived well live even worse, then it becomes less tenable for those who benefit from the existing World Order to defend it on any other grounds than a flippant ‘Works for me’.

One of my favorite British authors, Malcolm Lowry, a dipsomaniac who wrote the brilliant ‘Under the Volcano’ to describe his struggles with his demons in Cuernavaca, a city not far from here, described the Mexican Revolution as ‘The Unbandaging of Giants in Agony’.

One gets the feeling that we are just at the beginning of our Global Unbandaging. It will take a lot of right moves to avoid a lot of agony.