Pick of the Litter? 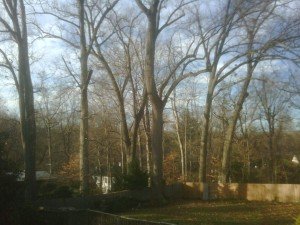 An Unslain (yet) Copse of Oaks

Heading out to the West Coast tonight for a speaking tour of four of the nation’s top business schools: UCLA + USC (Monday) and Stanford and U of San Francisco (Tuesday). Last time I went with Natalie Portman, which really helped to turn out the crowd. I remember during the Q & A at USC, one of the students took the microphone and said “Natalie, I love you.” Quick on her feet, Natalie riposted: “Did you have a question?”

Speaking of questions, watching a reprise of the last Republican debate on National Security. My Personal High Point: Michelle Bachman schooling Rick Perry and why we can’t just cut off aid to Pakistan and expect them to instantly start supporting U.S. policy in the region. Perry clearly needs to trade in his 1950s black and white T.V. and get up to speed with an important new development: the days when the U.S. was the sole global super power and could dictate policy to the world’s beggar states are long gone (Bush saw to that), and in the new reality we don’t even have the dollars to balance our own budget, let alone make “balance of payments” loans to the rest of the world.

That was a deal which was very appealing to the world’s dictators whose favor we curried in return for (basically) them not joining the Soviet bloc: we pay their forex bills (for guns and Mercedes) with our money so they can pocket all the domestic tax revenues and promptly ship them off to their numbered accounts in Zurich. Those were the days! I feel for ya, Rick.

Which brings us to……..Mr. Newt. The front runner? Well, at least he doesn’t cause the IQ in any room he walks into to drop immediately by 50%. But a President with a first name suggestive of a slippery reptile? That hides under rocks?

Come to think of it, Newt, you’re perfect.