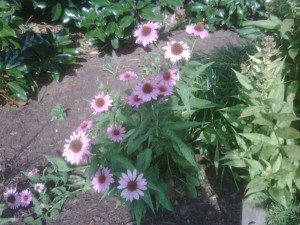 He was just here, trust me

I was just complaining that we had nothing but drab, boring birds in the garden this morning when, as if Mother Nature heard me, a gorgeous goldfinch swooped in and lighted on a cone flower. And then, just as quickly, flew off again.

The Duke said it best:

Can you believe it has come to this, that our fates lie in the hands of a freakin’ rating agency? Talk about Lousy Leaders (a reference to a section of my book). What if we open a secondary market in leaders? I will trade you one Speaker of the House and one Congressman from Virginia for three Members of Parliament. Going once, twice…..

Let’s take refuge in the Caballero de la Triste Figura. After a glacial Opening Act that dragged on for almost 130 pages, where, by Hollywood standards, basically NOTHING happens, Quixote finally encounters another Knight Errant, who, as they make camp for the night, makes the mistake of boasting that he has bested the famous Man of La Mancha himself in single combat, apparently not realizing to whom he is speaking. Quixote calls him out, of course, and they are scheduled to cross swords at first light. They wake up their two escuderos, who were dead asleep after drinking the better part of a bladder (I know, yick!) of wine, and give them the news. The escudero of the other Knight Errant (“Del Bosque”) tells Sancho that where they hail from, Andalucia, the escuderos have to fight at the same time their masters do. Sancho, appalled at the prospect of yet another beating, protests that he doesn’t have a sword. He utlimately convinces the other escudero to agree to socks filled with pebbles (back on the mean streets of Levittown we used to call these “ziggy beaters”) as weapons. Stay tuned!