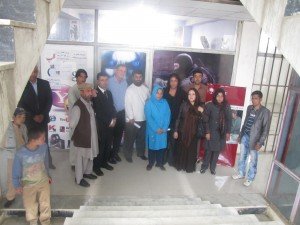 When I was a kid growing up in Levittown, Long Island, we used to get our bean shaves at a franchise called “Mister Haircut”. The place was manned by Puerto Ricans who came in from Spanish Harlem and charged us a dollar por cabeza. They conversed in rapid, unintelligible Spanish while their scissors flew overhead and their electric shavers squared off the back of our heads and our sideburns (such as they were).

There is a different kind of barbery going on over here in Europe now as the Heads of State try to decide whose hair to cut: The Germans, the Greeks, the Irish, the Spanish, the Italians, the Portuguese, or the bondholders. The Smart Money is now on a long restructuring, which, if it calls for too much pain among the debtor nations will likely be renegged upon as the reigning governments are swept out of power in wave of public outrage and replaced by populist leaders.

Meanwhile, back home, the Occupiers of Wall Street belatedly clamor for an accounting by the architects of the financial meltdown which kneecapped our economy and shows no signs of abating any time soon. Problem is, they made good their escape, taking their pirates booty with them.

I am a small player on Wall Street — the traders would refer to me as “chum” — keeping my own counsel and living with the consequences of my trades. What soured me on brokers was when I fell for the pitch of a “Penny Stock” salesman when I was a grad student, lured by his promise of 20 baggers on an investment of just a few cents.

I still remember his laughter as he informed me that my Penny Stock, far from having appreciated 20 fold, was now worthless.