Microfinance Smack Down in Prague 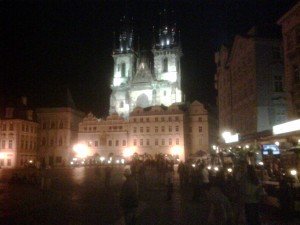 I found myself on a panel yesterday here in Prague at the 14th Annual Conference of the Microfinance Centre, a grassroots network of 105 microfinance institutions from Europe and Central Asia, headquartered in Warsaw, Poland and ably led by Executive Director, Grzegorz Galusek.

The title of the panel was “Reorienting Microfinance: Generating New or Repairing the Old?”, but the real entertainment was provided by panelist Dr. Milford Bateman, Visiting Professor of Economics at the University of Pula, Croatia, and author of the seminal work “Why Doesn’t Microfinance Work? The Destructive Rise of Local Neoliberalism.” While I was constrained during the 2 hour panel by our moderator’s admonition to “remain civil”, I can exercise in this space my Freedom of Speech and state unequivocally that Bateman is living proof that when an industry Comes of Age, one sign is that it produces it’s own lunatics.

I don’t have the space here to recount the many silly things Bateman said, but can probably sum of his message thusly: Microfinance is the moral equivalent of pushing heroin, and it should be eradicated before millions more become addicted.

Giving Bateman his due, there are unquestionably problems in the industry, especially in South Asia. We know that some MFIs have scaled up too quickly, overindebting their clients, and pursued collection of delinquent accounts too aggressively, leading to the well-publicized, lamentable cases of client suicides. A number of Academics have produced studies calling into question the impact of microfinance, and accused practitioners of over stating the benefits.

But now we are slinging smack and crack cocaine? According to Bateman, we may as well be.

While some of Bateman’s criticisms have a basis in fact (some markets are saturated, and many microenterprises are experiencing diminishing returns to their income generating activities, as they face increasing competition from their peers, who also have access to easily obtainable credit), others suggest he may have first hand knowledge of the narcotics trade, as does not appear to be the case with his other “research”. He seemed to draw great umbrage from the fact that the microfinance industry had become largely self sufficient from its financial services and no longer relied on subsidies, mainly owing to its ability to scale up to over 100 million clients a fact which, Bateman declaimed “does not prove that people are benefiting from those services!”

More on this later. I need to get back to serving those 800,000 FINCA clients who are all acting against interest.