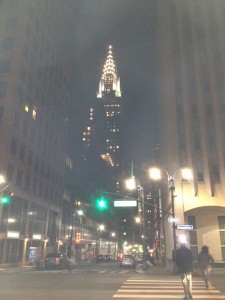 I was in New York this week for a two-day meeting with the Microfinance CEOs Working Group, so I didn’t pick up the news (on Twitter, of course) of the latest slaughter until I was on the train back to Washington. The question is: What will it take to put an end to this insanity?

And let’s be clear: by insanity I don’t mean that of the perpetrators. I mean that of the NRA and its supporters, and the members of Congress who have been bought and sold by the gun lobby and each year enable the sale of assault weapons and thousands of rounds of ammo to the mentally ill so they can kill our parents, brothers and sisters, children and grandchildren.

Because that is exactly what they do. Terrorists? If we knew of a terrorist who had bought an assault rifle and 5,000 rounds of ammo, we would hunt them down, wouldn’t we? So why is that when a homicidal maniac does the same thing, we let the NRA tell us ‘No, to reveal that person’s name would be to violate their privacy’.

I occasionally follow Tea Party members on Twitter out of some misguided idea that maybe if I engage them I might narrow the ideological Grand Canyon between us, help me to understand their point of view and maybe get them to understand mine. But let me share, verbatim, two tweets from one TP I have been following, in the wake of this latest massacre:

“Teachers should be armed, the answer is MORE guns, not less”

“These shooting will continue because the government wants to take your guns away and will keep upping the bar until you agree.”

I’m not sure about the second one, but I’m pretty sure the first one comes directly from the gun-lobby funded NRA’s position that if we could turn the entire country into one big Dodge City from the 1800s, we could all send our kids to school, go to malls and theatres, go to work after a colleague has been fired, and make speeches in public knowing that if some lunatic aimed a gun at us, he would die in a hail of gunfire as everyone else drew their assault rifles and came to our defense. While I know the NRA doesn’t really believe this, other people, like the person I quoted above REALLY DO!

Have a Happy Holidays. And when you go shopping, remember the people you love. Buy them a bullet proof vest for Christmas.