“If We Aren’t Going to Write the Truth, Why Write At All?” 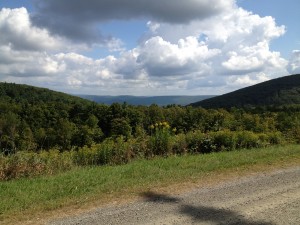 Tomorrow begins the mad dash to the end of 2012, which will see visits to the Republic of Georgia, London, Berlin, Harvard, Mexico, Uganda, Switzerland, LA, and Berlin (again). So, yeah, summer is officially over.

And so are the Republican and Democratic Conventions, and the respective dead cat bounces which ensued. We still don’t know who is going to be in the White House come 2013.

One thing we do know, however, is that — unless Romney starts World War III by attacking Iran right out of the gate — we will probably be all right. Despite what you hear, Obama is not going to socialize the economy, and Romney (hopefully) will not impose an austerity program on us with radical spending cuts that push into a Europe-like recession. We can live with either. My caveat pre-emptor is that both men recognize that this is not the time for drastic measures that will derail our feeble recovery.

Full disclosure: I remember thinking somewhat the same thing after GWB “won” the 2000 election: ‘He won’t be that bad’. Boy, did I get that one wrong.

But “all right”, of course, is relative. All right compared to what? Well, just about any other country in the world right now, with Syria being the place no one would wants to be, and then a whole slew of nations with lousy leaders who look after only their own immediate family and tribe’s welfare and can never be removed democratically, and those which have dug themselves into deep economic holes that will empauper a whole generation. Some would include the US in that latter group, but we still could avoid that fate if our leaders don’t immediately go into Campaign 2016 mode the morning after the election and begin to take some serious steps to reduce the deficit.

I was reminded of our good fortune when had a drink with a journalist friend of mine who is a citizen of a country currently governed by a party and President that intends to stay in power into the indefinite future. Such men are usually unreceptive to criticism, and this leader is no exception. Being a journalist under such circumstances can be a dangerous proposition, with the least of your worries being staying out of prison, and your most serious being staying alive. I was interested to hear how my friend coped in such a hostile environment, especially when, as he put it: “If we aren’t going to write the truth, why write at all?” Part of his strategy was taking care to never insult the Big Man, which amounted to ‘eliminating all the adjectives from my articles’.

Some days, we need to just sit back and realize how damn lucky we are to live in a country where we can still say and write what with think.