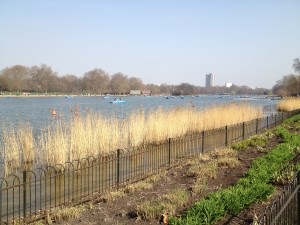 When I was a graduate student at the U of Wisconsin-Madison back in the late 70s, I had a lawyer friend who told me a shocking story about an automobile company that build a cheap car that sold well but had one minor drawback: it exploded when rear-ended in traffic accidents. He said he was representing a plaintiff who had first hand experience with said design defect, and, furthermore, he had taken a deposition from a former engineer who worked in this company and was present when they did a macabre cost-benefit analysis, concluding that it would be cheaper to deal with the tort claims than fix the defect.

This infamous case, now referred to as “the myth of the exploding Ford Pinto”, has been debunked since by numerous people, ;one of the points that the debunkers make is that the Pinto design defect resulted in “only” 37 deaths, while the fatality rate for other small cars was signficantly higher. Still, I can’t forget what I heard, and this was before the whole controversey went public, so I have no reason to think my friend was making this all up.

My point in reflecting back on this is that, if that cold calculation did actually play out back some 40 years ago in a corporate briefing room, I doubt the same thing could occur today. While the desire and need to maximize profits is still at the top of the agenda, the means available to do so are no longer open ended. A company that pursues only profit today — and does so in a destructive, socially irresponsible way — is one that will have trouble attracting both employees and customers. It may face boycotts and whistleblowers. And it’s not just companies. Arizona faces a tourism boycott because of its immigration law. Rush Limbaugh lost a massive chuck of advertising revenues after his vulgar insult of a Georgetown student. Misbehavior gets rocketed across the globe at the speed of twitter and facebook. There is nowhere to hide.

Conversely, I believe the day is coming when responsibly, ethically run companies will enjoy a competitive advantage, and gradually crowd out the bad actors. Vamos a ver, as the Spanish say.