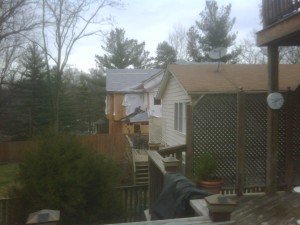 That’s what the Handy Man at Camp Chewonki used to say upon completing any work of carpentry when I worked as a Counselor up in Maine during the summers of the 1960s. Seems my Housing Start websayito was prescient: housing starts hit a 19 month high in November, another sign the economy may be recovering.

I thought this would be seen as bad news by the Republicans, but when I ran into John Boehner at National Airport, on his way home for the holidays, he was not crying but wore a broad smile on his face.

“I’m really proud of the work we did in Congress this session,” he explained. “We eliminated the uncertainty that was plagueing the economy by killing tax breaks and unemployment benefits for the lower and middle class!”

I asked him if he was concerned that Obamacare resulted in another 2.5 million people being covered by health insurance. Now his eyes welled with tears.

“I know, it’s terrible! We have to repeal that program, Rupert, and I need your help! Please, vote Republican in 2012!”

I asked him if the GOP had a healthcare program of its own, as I hadn’t heard any of the candidates talk about it other than to denounce Obamacare.

I told him I got the idea. Before he dashed off for his plane, I asked him if he was glad Sarah Palin was considering getting back into the race.

“Yes, Sarah told me that being out of the limelight was really costing her in terms of book sales and speaking fees. She said she got out too soon, and that she should have stayed in at least through the primaries. Okay, Rupert, got to run. Promise me you’ll vote for Newt, Sarah, Ron, Mitt, Rick or Michele in November!”

I told him I would think about it.