Dodging the Grecian Spear – For Now 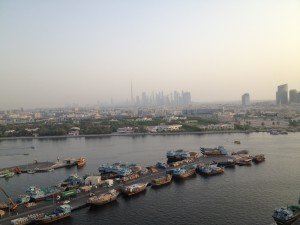 My trip to Dubai was successful, and as you can see from the above, the Burj is now Cruiseless. I won’t go into the details of how I cut him down; suffice it to reveal it involved a hang glider, much rock climbing gear, and possibly the world’s largest trampoline. Tom was grateful. Grateful enough to try to stuff a major roll of greenbacks into my pocket, but I was having none it. “I only did what anyone would have done,” I told him, referring to the 5,000 foot freefall that came towards the end of the rescue operation. “Surely, there must be some way I can express my appreciation,” said Tom, clearly unaccustomed to being in anyone’s debt. “Well, I do have this daughter who’s trying to break into the film industry. If there were some way, you know, maybe an introduction……..?”

Tom burst out laughing. “Gee, I’ve never heard that one before! Tell her to call my agent,” he suggested. “Really, will he take her call?” “Probably not,” Tom allowed. And he was gone. But before he left, he let me in on an inside secret: In MI-4, he’s going ride the nose cone of the Space Shuttle Enterprise during its re-entry into the atmosphere. I told him not to count on me if he gets into trouble on that one.

Judging from the behavior of the markets today, I was correct in my prediction that the impact of the election would be nuetral. Had the lefty won, the markets would have gone haywire, which didn’t happen so score one for Rupert. But the victory of Samaras didn’t really excite them, either, since no one knows if the Greeks are going to accept Angela’s Austerity Special, so score two for Rupert.

So now, flush with confidence, I’m going to roll the dice again and predict that the G-20 comes up empty handed, and the uncertainty continues. Anyone care to take that bet?