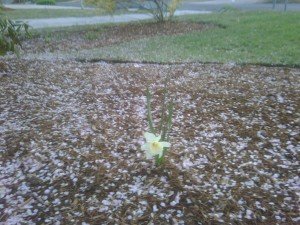 The world seems on hold right now, with all our tyrants treading water in Libya, Ivory Coast, Yemen, Iran……and, yes, let’s not omit China which wants to make certain that dangerous artists like Ai Weiwei don’t get any traction similar to the protesters in the Middle East. Stick to designing Olympic Stadiums, dude, is the government’s message.

Speaking of China, I learned in the preface to Part II of “Don Quijote” that Cervantes was invited by the Emperor of China back in early 1600s to establish a Spanish college there, and to serve as its rector. The problem was, the Emperor wanted Cervantes to self-finance the venture, which was clearly not on. At the time, Cervantes was relying on the patronage of his prinicipal benefactor, the Count of Lemos. Interesting to reflect on what might have been had Cervantes accepted. Bull fights in Beijing, pitting samurais against water buffalos? Unknowable.

As Part II opens, DQ is convalescing in his home when his faithful escudero, Sancho Panza shows up, banging on the door, demanding to know what has become of the feifdom DQ promised him at the outset of their first “salida”. This encounter is greatly upsetting to DQ’s landlady, who accuses Sancho of being an “enabler” to her tenant’s madness. The Priest and the Barber are on hand as well, and bring news that “the Turk” is once again threatening to invade Spain. DQ tells them he has a great idea as to how to meet this threat, which he intends to share with the King. Share, the Barber implores him.

“If I tell you, how do I know you won’t steal my idea?” Don Quixote wants to know.

“I will keep him honest,” the Priest volunteers.

“And who will keep you honest?” DQ asks.

Turning from tyrants and crusaders to real heros, I met an inspiring social entrepreneur from India yesterday, P.N. Vasudevan, who runs Equitas Microfinance Company. Vasudevan and his team manage to reach 1.5 million clients with the lowest priced loans — 26% — of any MFI in India, while delivering an ROE of 25% to their investors. In addition, Equitas is piloting programs to deliver other benefits to their clients in the areas of health care and making their microenterprises more profitable, which is a direction I want to take FINCA in in the future. Note to self: go to India and check it out.