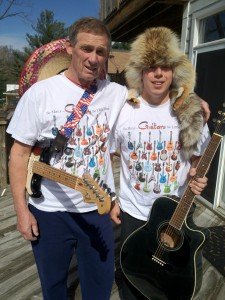 In two days we have Super Tuesday, when Republicans will choose whom they want to lose to Obama in the Fall. Why am I so confident of this result? Because on its present trajectory, the GDP will continue to grow, unemployment should drop below 8% by the summer, the fiscal deficit will continue to shrink, and, barring some dumb move by Obama, there should be no catastrophic, costly foreign policy interventions. If you are against all these trends — as the four GOP candidates clearly are, as evidenced by their characterization of Obama’s reign as a “disaster” — then by all means vote Republican in November. But I suspect that what the more sagacious members of the Grand Old Party are hoping is that, even if the election is a blowout, they will at least have cleared the field of untenable candidates for the contest against Joe Biden in 2016.

And with that, I pledge to refrain from using this space for my partisan political rants for the balance of the year. Unless, of course, any of the candidates say something really stupid that requires one of my carefully measured responses.

So let us turn to something more pithy: this weekend I discovered the distortion button on my amp. That, plus having finally attached the ‘Wammy’ lever on my Stratocaster, has opened a whole new world of cacaphonic possibilities for me to inflict upon Lorraine and the larger neighborhood. My first reaction was ‘So that’s how those guys do it’.

This month will be a busy one. Going to the University of Michigan Law School on the 13th to regale the Future Litigants of America with tales from the Wild World of Microfinance. On the 19th is a meeting of the Microfinance CEOs Working Group in NYC. On the 21st I am speaking at the Royal Commonwealth Society in London with The Right Honorable Andrew Mitchell, Secretary of State for International Development, and James Leigh-Pemberton, the CEO of Credit Suisse UK. The following week it’s the Skoll World Forum on Social Entrepreneurship at Oxford. Looking forward to it!