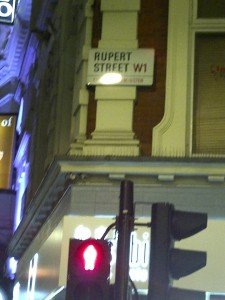 It Was Only a Matter of Time

They don’t pay me to review movies, but then again they don’t pay me to take the trash out either (well, in a manner of speaking, I am paid in kind: Lorraine agrees not to bash me over the head with the metal lid if I remember to do it), so I will anyway. I saw the first part of Julian Fellowes’ (of Downton Abbey) remake of James Cameron’s “Titanic”, and let me say, in the most nuanced way possible, it was awful.

The first requirement of a remake is that it has to be better than the original. Otherwise, why attempt it? The actors in Part I managed to be at once glacially slow and dull, and then abruptly powered by snorts of meth amphetamine. An Irish woman, after sulking through three quarters of the episode, abruptly began screaming at an English MP about having an affair. All the while the crew was ably locking the 3rd class travellers below decks and, on the main deck, male passengers were remarkably composed as they contemplated death in icy Atlantic. The one exception was the iceberg, which played its role to a tee.

Cameron, conveniently, was at the bottom of the Mariana Trench when it aired. But I think even the bubbles coming from his sub could not contain his laughter. Even in “No D” he swam rings around it.

So, budding film makers everywhere, if you are going to do a remake, choose something that is awful to begin with, not a box office smash. Remake “Rodan”, or “Godzilla”, or “Dinner with Andre”.